Railroad Edition of the Collections Quarterly 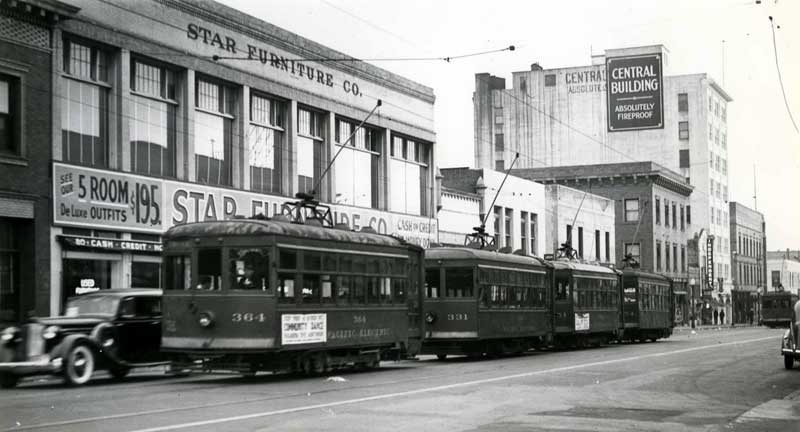 Since a horse drawn wagon carried the first electric interurban trolley car up Fair Oaks Avenue into Pasadena in 1895, and well after the Pacific Electric trolley line to Long Beach closed in 1961, trolley cars have fascinated people of all ages. The Archives houses beautiful historic photographs of the cars. Trolley cars were most popular during the Roaring Twenties. Spencer Crump writes about the coverage of service in San Gabriel Valley during this time in his book Ride the Big Red Cars: The Pacific Electric Story (Trans-Anglo Books, 1983). He states, “The San Gabriel Valley could boast the heaviest concentration of line. Pasadena received excellent service.”

Unfortunately, operating trolley cars did not prove to be sustainable. They were losing a lot of money. Pacific Electric started cutting service and facilities in 1926 beginning with the Avenue 64 line at the border of Los Angeles and Pasadena. In the late 1930s, Pasadena was left with only two interurban car lines. The last one to close was the Pasadena Short line, which was abandoned in 1951. If you would like to view photos of these beautiful trolley cars, the Research Library & Archives is open from Thursday to Sunday from 1:00 to 4:00 pm. 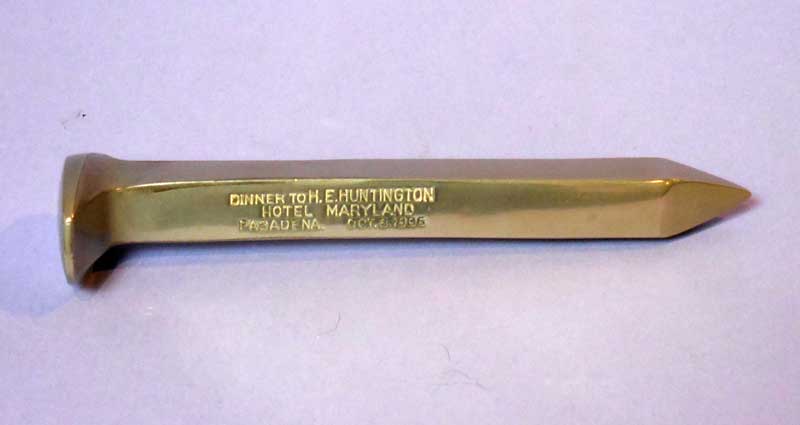 This railroad spike was never used on the rails. It was produced to commemorate a dinner honoring railroad magnate Henry E. Huntington. The spike is engraved with the following words:

The dinner was so extravagant that the Pasadena Evening Star dedicated a full page article to the event the next day. According to the article, it was an “D’Affaire a la Trolley.” In the center of the room, there was “a trolley car about four feet long made entirely of flowers. It was complete in every detail, even the motorman and conductor being present to operate it.” For dessert, “each guest was presented with a smallest trolley car moulded in delicious frozen food.” The article even mentions the railroad spikes, which were placed on top of the menu for each guest.

Fenyes Feature – Waiting for the Train 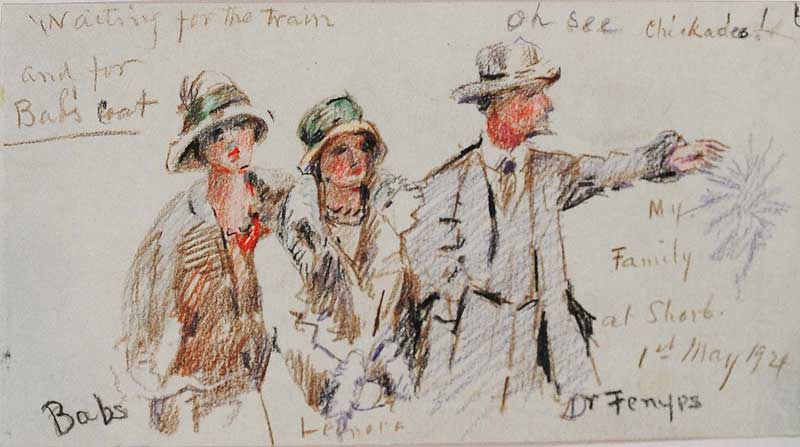 Eva Fenyes always traveled with sketching materials at the ready. On May 1, 1924, she had her colored pencils with her and used them to capture this rare tableau of her nearest and dearest standing side by side on the platform at Shorb Station in Alhambra. This is the only image we have in which Eva depicted her family all together. She titled it simply “My Family at Shorb.” She noted on the sketch that they were “Waiting for the Train and for Bab’s Coat.” We don’t know the story about Bab’s coat or why they were waiting for it, but we do know that Eva, her daughter, and her granddaughter were leaving Pasadena for a six month tour of France, Germany, Switzerland, and Spain. Dr. Fenyes was there to see them off on their journey and no doubt would be there to welcome them home in the Fall. 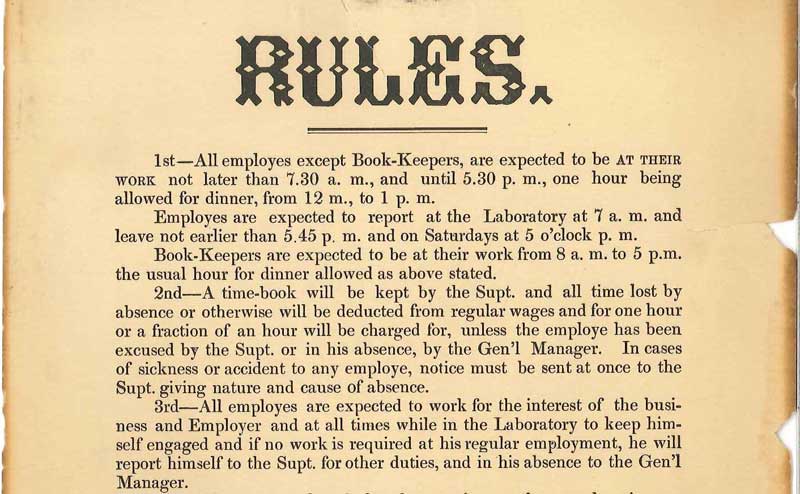 Col. George G. Green (1842-1925) didn’t become a millionaire by accident. He purchased his father’s modest patent medicine business in the 1870s and, through astute marketing and business practices, grew it into a vastly successful company. A recent donation of Green family papers revealed this small poster printed with an explicit list of rules for his employees…one suspects there were no casual Fridays or informal water cooler meetings in the Green factories!

One must wonder if Green laid out similar rules for the employees at the Hotel Green, which was built between Raymond Avenue and the Santa Fe Railroad tracks. There was a Santa Fe Railroad station right next to the hotel, which made it a popular destination for travelers looking for food and lodging.

More railroad-related photos are available online through the Pasadena Digital History Collaboration (PDHC): http://bit.ly/2qDTS3a. You can also use PDHC to search for railroad photos from several local archives: http://pasadenadigitalhistory.com/