Out of the Dumpster and Into the Archives 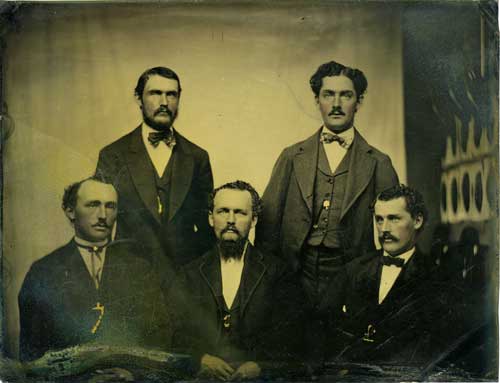 Finding history in a collection of photographs and newspaper clippings is an exciting time in the Archives. When a stack of seemingly unimportant papers and photographs was rescued from a dumpster in Washington state and sent to the PMH Archives, no one knew if they were historically significant. Of course, archivists love history regardless of where it is found and go to great lengths to determine any history that lies within seemingly unimportant riffraff.

At first look, there was no apparent connection between the discarded items. Sorting the photographs and clippings was the first step. Names and dates on some items were noted. An undated obituary of Millard M. Parker gave the first sign of a connection to Pasadena history. It provided information relating to the deceased’s civic life in Pasadena, his efforts to establish one of the first schools, and the names of his survivors.

Millard’s obituary also mentioned other subjects of interest: Pasadena’s anti-saloon ordinance, the Pasadena Academy, Throop Polytechnic Institute, and the First Methodist Episcopal Church of Pasadena. It was becoming more apparent that Millard M. Parker might have been an important person in Pasadena’s history. Connections were made to Millard’s brother Charles – another equally involved citizen of early Pasadena. It seemed both brothers had been lost in the “dustbin of history.”

Information on the collection can be found in the accompanying finding aid in the Museum’s Reading Room. Here are a few highlights from the rescued items. 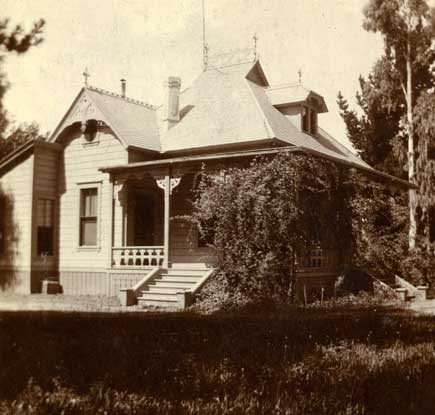 There was a mystery to solve concerning photographs of homes that had been labeled with the same address- 610 S. Oakland, Pasadena- a home built in 1883 for Millard M. Parker. The older photographs reveal a Folk Victorian home with two sets of steps leading to a wrap-around porch. The photographs labeled 1928 show the address “610” on a porch post but the house looks markedly different from the older photos. In addition to the “610” address, Millard appears in the 1928 photograph. Was the Folk Victorian home mistakenly labeled 610 Oakland? Because the house is still standing today, an examination of the house as it appears on Google showed what looks like a completely different house when viewed from the front. It seems to match the 1928 photograph.

However, scanning to the left on Google reveals that the structure matches the Folk Victorian home. This confirms that both sets of photographs are images of the same house. In the 1928 photo, the Wrap-around porch remains but the house is now oriented toward Oakland and the second set of steps that was on the left side (north) has been removed. In Parker’s time, the house had two entrances – one facing California Blvd. (north) and the other facing Oakland Avenue (west).

The historical significance of the older photographs of Millard’s house on Oakland Avenue lies first in the fact there are no other known photographs of the original house and secondly that the house was the location of the first secondary school in Pasadena known as Parker Academy. 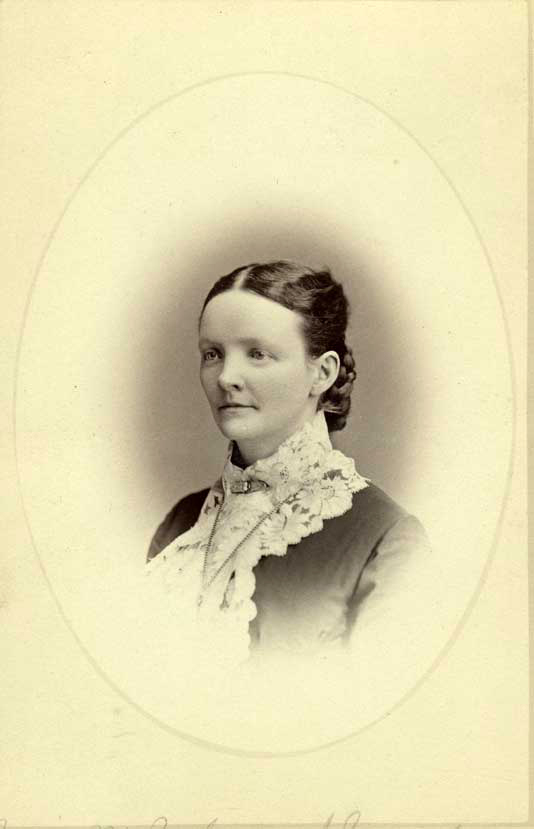 When Millard M. Parker, assisted by his wife Josie and his brother Charles, established the Pasadena Academy, the location of the school at 610 S. Oakland Avenue was considered ranch property.

Parker was certainly an educational trailblazer by opening the school in 1883 when the population of Pasadena was only 1,200. His school was “a secondary school heavy on classics and science” and in 1884, it merged with the newly established Sierra Madre College. Millard taught there between 1884 and 1886. When the college lost its financial footing, he reopened his Pasadena Academy in 1886. The Academy met in a variety of locations including the second floor of the Grand Opera House from 1887 through 1889. In 1891, Amos Throop recruited Millard to help establish Throop University (renamed Throop Polytechnic Institute in 1893). Millard was Vice President of the Institute and Professor of Latin and Greek from 1891 to 1897. In November 1897, Millard left Pasadena to become the President of the territorial University of Arizona. He returned to Pasadena in 1901 and continued his participation in local educational, political, and religious activities.

She signed the letter “Annie” and lovingly greeted her brother “My Dear Mayhew.” Millard Mayhew Parker’s sister Annie M. Parker wrote from the Parker House in Livermore Falls, Maine – the childhood home of the Pasadena Parker brothers. Perhaps the oldest item in the collection, Annie’s letter describes what she can only imagine is the orchard and garden of her brother’s home in Pasadena. “Oh: for an orange, straight off the tree!…for some loquats fresh from the tree!…for apricots, cherries, figs and by and by, peaches & pears! “…that luscious catalogue of juicy luxury.” Mayhew is brought up to date with church news – the new pastor “seems awfully Scotchy,” the latest grain harvest, and other family news.

The Charles and millard Parker Collection

Millard Parker was a member of the Pioneer Society and the Pasadena Historical Society prior to his death in 1928. It is fitting that the rescued items can now be found in the Charles and Millard Parker Collection at the Pasadena Museum of History. The addition of these items exemplifies the museum’s commitment “to collect, preserve and exhibit materials that document the founding and early history of the city.”

A visit to the museum’s current exhibit will reveal the community in which Charles and Millard Parker and their families lived after moving from Maine to Pasadena in 1883. What opportunities did Pasadena offer newcomers? How did the city grow? What hopes and dreams were realized? The museum’s current exhibit Starting Anew: Transforming Pasadena, 1890-1930 continues to tell Pasadena’s story with historic images, documents, artwork, clothing and ephemera.