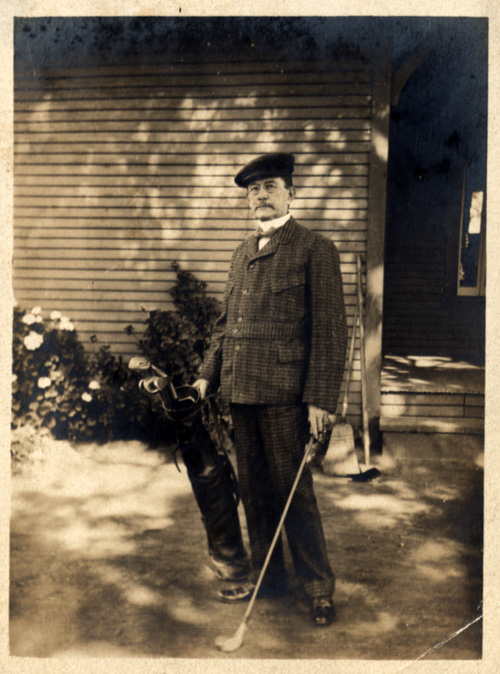 Two years and over 600 items later, the finding aid for the Colonel George G. Green collection at PMH is finished!  The finding aid is the result of physically organizing the collection and creating a document with detailed descriptions and locations for every item.  Future researchers from near and far will be able to study the contents of this historic collection using the nineteen-page finding aid.

Researchers will find the expected documents and photographs of one of the richest men to ever spend winters in early Pasadena- items relating to Pasadena’s original Green Hotel and Castle Green- like financial reports, correspondence, menus, floorplans and room diagrams.  From Green’s home in Woodbury, New Jersey, researchers will find documents and published articles about Green and the manufacturing of August Flower and Boschee’s German Syrup.  These were the elixirs that provided the funds for Green’s investments in Pasadena.

The Colonel was a collector in his own time- leaving a scrapbook of newspaper clippings that offers a glimpse into many aspects of his life including parties at the Hotel Green and the talents and activities of his children – Harry, Lottie, Edythe, George, Jr., and Altadena.  The oldest item in the collection could very well be the medical receipt/recipe book written by Col. Green.  Over 450 photographs include Hotel Green, Castle Green and nearby parks, the Green residence in Altadena and even an early circus parade on the streets of Pasadena.  Family photos include members of Green’s wife’s family- the Browns of Athens, Ohio.

Advertisements and publications of Hotel Green and the Green Laboratory are varied and as colorful as the day they were printed. The postcard collection is extensive. 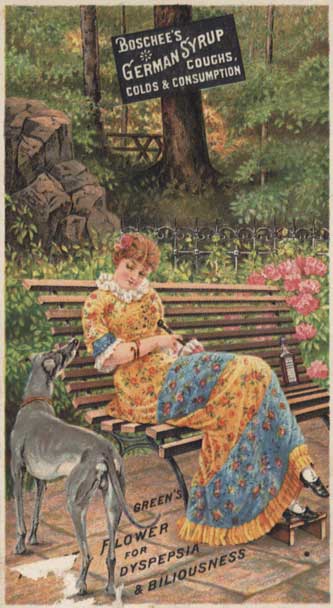 An early photo of George G. Green taken by E. F. Warrington, Vice President of the Ferrotypers Association of Philadelphia, was taken between 1868 and 1870. Warrington’s business listing appears in Philadelphia directories 1868-1870.  According to “The Philadelphia Photographer”, Warrington was a promising young photographer when he died in April 22, 1870.

On the cover of this fragile ten-page book of handwritten remedies is the faint penciled name of Geo. G. Green of Clarksboro, N.J. – Green’s birthplace. The contents vary from remedies for burns and lock jaw to recipes for cough medicine and cholera drops. Green left no written date in the book but the name of the publisher on the back cover  – L. Johnson– provides a link to that company’s history dating before 1867 when the company was sold. This booklet may have been created prior to Green leaving medical school in 1863 as it resembles notes and scribbles possibly made in a classroom setting.

A related item in the collection is the book of “Dyspeptic Receipts” belonging to Green’s father Lewis M. Green. The “receipts” were the recipes for the medicinal products manufactured first by Lewis and later his son George.  An 1868 indenture between Boschee and Lewis Green confirms the origin of Green’s product called Boschee’s German Syrup.

The Solution to the Mystery of the Demise of Col. Green’s Private Train Car

Col. Green’s private train car (called The G.G.G.) manufactured by the Pullman Company was his pride and joy. Every year before he left Woodbury, N.J. to come to Pasadena, he would open the car for the public to tour. He had a special railroad siding where the car sat near his home in Altadena. As time passed, the train was no longer safe to use and sat idle on a railroad siding in Woodbury, New Jersey. One San Diego newspaper reported in 1916 that Col. Green had no interest in selling it even though his family encouraged him to do so. The final fate of the train car had been lost until a note found in this collection revealed the answer.

The Music of Col. Green’s Daughters

Green’s scrapbook of newspaper clippings reveals the talents of Col. Green’s daughters Lottie and Edythe.  A Pasadena newspaper reported the “Miss Lota [sic] Green, the charming daughter of Col. G. G. Green of Altadena, favored the guests at Hotel Green this morning with several beautiful vocal selections.” Edith Green was known for playing a harp that took first prize at the World’s Fair. “Miss Edith Green has a very beautiful and expensive harp, and she plays this difficult instrument with great skill.” 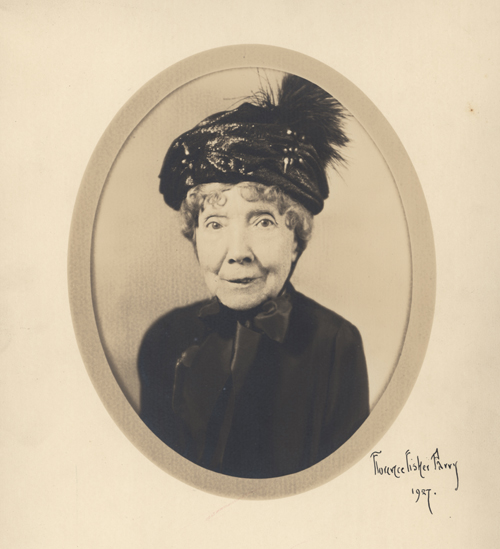 A Hidden Curiosity in the Collection

Oftentimes, items found in collections don’t seem to belong in the collection. Such is the case of a photograph of Blanche Galton Whiffen. The English born American actress was hailed as the Grand Old Lady of the Theater.  She played Buttercup in the first American performance of Gilbert & Sullivan’s H.M.S. Pinafore in 1878.

Research revealed how this photograph relates to this collection. Blanche was a great aunt of Agnes Kelleher, the wife of George G. Green, Jr. Blanche traveled with her sister Susan Galton Kelleher, Agnes’ mother. Susan’s travel journal is also found in this collection. It records visits that Susan and Agnes made to Europe, New York, Pasadena, San Francisco and Chicago. Various Southern California sites including the Ostrich Farm and Busch Gardens are also mentioned. Blanche’s autobiography (not in this collection) titled “Keeping Off the Shelf” is a lively history of the musical Galton family (her sister Louisa sang for Queen Victoria at Buckingham Palace) and stories of her years acting in more than 40 Broadway plays.

The George G. Green collection is housed in seven archival boxes and the finding aid is now available for researchers in the archives of Pasadena Museum of History. A binder of photocopies of all the photographs in this collection and a family genealogy have also been prepared.