If you have ever matched your skill – or luck – at the gaming table, you’re not alone. For most of us games are pleasant pastimes on a rainy afternoon, at a family get-together, a party, around a campfire.  Even in a world obsessed with video gaming, board games and decks of cards are still a mainstay of many a social gathering.

The 2009 exhibition, Family Stories: Sharing a Community’s Legacy, featured a game room with six games, each representing one of the major ethnic/demographic groups that settled this region: African-American, Armenian-American, Chinese-American, Euro-American, Japanese-American, and Latino. 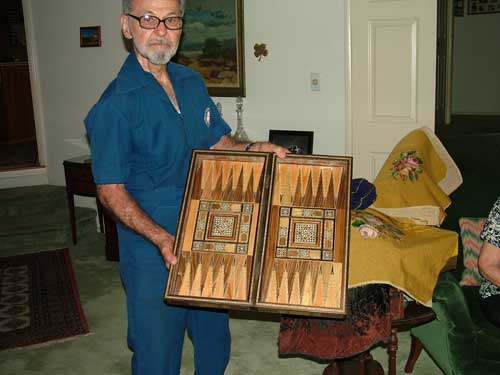 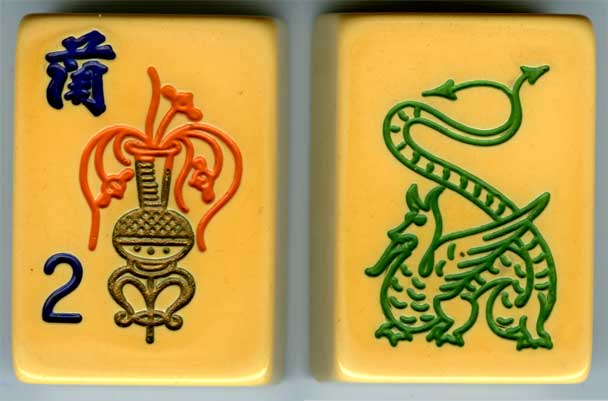 Tavloo is the Armenian version of backgammon, a game likely derived from the most ancient game of all, the Royal Game of Ur (c. 3000 B.C.). It is perfect for multi-generational gatherings,” Cindy (Gertmenian) Kaloostian explains, “because it takes just a short time to learn to play, but a long time to learn to play well.” In Armenian communities such as nearby Glendale, enthusiastic Tavloo competition is a feature at local parks, similar to the public chess tables that have sprung up from coast to coast.

Michael Duncan, son of Corabell and James Duncan, served in the U.S. Army in Korea. He remembers Tonk as “a card game played by African-American servicemen.” In fact, research shows that both Tonk and Bid Whist have played a large role in creating a separate and unique identity for the African-American community. Tonk, a kind of knock rummy, was popular with jazz musicians in the 1930s and 1940s and may even have given its name to one of Billy Strayhorn’s piano compositions — Duke Ellington recorded Tonk, with Strayhorn, in 1946.

Some historians feel that playing cards are derived from the ancient Chinese game Mah Jong, which resembles the card game rummy. “Mah Jong” literally means “flax/hemp” “sparrow clattering.” Those who play the game with beautiful sets made of bone and bamboo love the sound of the tiles as they are mixed together prior to the start of each hand.

Loteria is a Mexican game similar to Bingo, but using images on a deck of cards instead of plain numbers. Each Loteria “tabla” (think of individual Bingo cards) is a randomly-created 4 x 4 grid of pictures that correspond to those on the deck of cards. The caller (“cantor”/singer) selects from the deck and reveals its name. Players with that image on their tablas mark it off with a disc (often dried pinto beans). The first player to cover 4 spaces in a horizontal, vertical or diagonal row calls out “Loteria!” or “Buena!” and is the winner. This is one game everyone can play!

Parcheesi is the American adaptation of “Pachisi,” which was created in India around 500 B.C.   The game is often subtitled Royal Game of India because that country’s royalty supposedly played it using costumed dancers as pawns on large outdoor boards.  Parcheesi has been played throughout the world for many years.  “We played many a hot game on that board — my grandmother, my mother, and I,” exclaims Sunny Stevenson, when asked about her family’s vintage game board, which was made by a “Dr. Green for grandmother Maggie, c. 1928.”

Go is considered by most Oriental game experts to be the world’s greatest strategic skill game, far surpassing Chess in its complexity and scope. In fact, unlike Chess, no computer program has yet been written which has been able to compete with the best Go players. Invented in China or central Asia c. 2000 B.C., Go has been raised by the Japanese to a pinnacle of aesthetic beauty, the mathematical elegance of its rules complemented by the great beauty of the boards and stones.

A version of this article was originally published in The Quarterly Magazine in 2009.