Leaving the Past Behind & Starting Anew in Pasadena 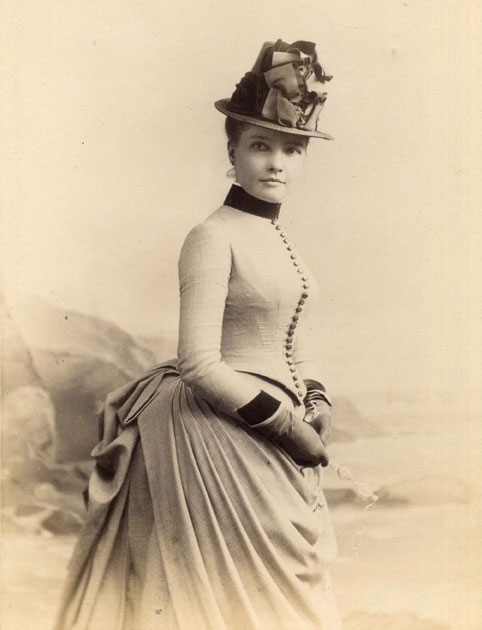 “Dr. Adalbert Fenyes, wife, and daughter of New York City are recent arrivals in Pasadena, and have taken the Darling house on Grand avenue for the winter. Dr. Fenyes was born in Egypt and lived in that country until recently.” On November 12, 1896, the Los Angeles Times in two short sentences created a mix of fact and fiction that introduced the Fenyes family to the people of Pasadena. True, the family had taken the Darling house, but the other details are incomplete or muddled. Dr. and Mrs. Fenyes were probably amused by this vague introduction, and pleased, because accuracy and a fuller story might have encouraged more curiosity than they wanted. Adalbert and his wife, Eva, were newlyweds who had come to Pasadena not to spend the winter as tourists but to make the city their home. Adalbert was almost thirty-three years old, and Eva, at forty-seven, was fourteen years his senior. With them was Leonora Muse, Eva’s seventeen-year-old daughter from her first, failed marriage. These few facts alone suggest that the family may have wanted to make a fresh start, a new life far away from the old, all-too-familiar places of the past.

There were several of those old, familiar places. There was Hungary, the doctor’s birthplace and family home. Eva and Adalbert had married in Budapest, probably in the presence of Adalbert’s friends and family, though we know little of the occasion. There was New York. Manhattan was Eva’s birthplace, and White Plains her family’s occasional home. They might have chosen New Mexico (still a United States territory at the time), where Eva had fled to divorce her first husband. She maintained a house in Santa Fe, and established a set of close friends and business associates. There was Egypt—though not the doctor’s birthplace, he had lived there and practiced medicine at the Helouan Hotel. It was at this popular health resort near Cairo that Adalbert met and courted Mrs. Eva Muse, the New York heiress and divorcée who had come to the Helouan to enjoy the society, the climate, and the healing waters of the desert spa. Eva held a strong attachment to Egypt in the memories of her youth, of days spent with her mother and father exploring archaeological sites and sailing along the Nile. But the couple decided on California, and it appears from the brief newspaper introduction that the Fenyeses’ past was something of a mystery. 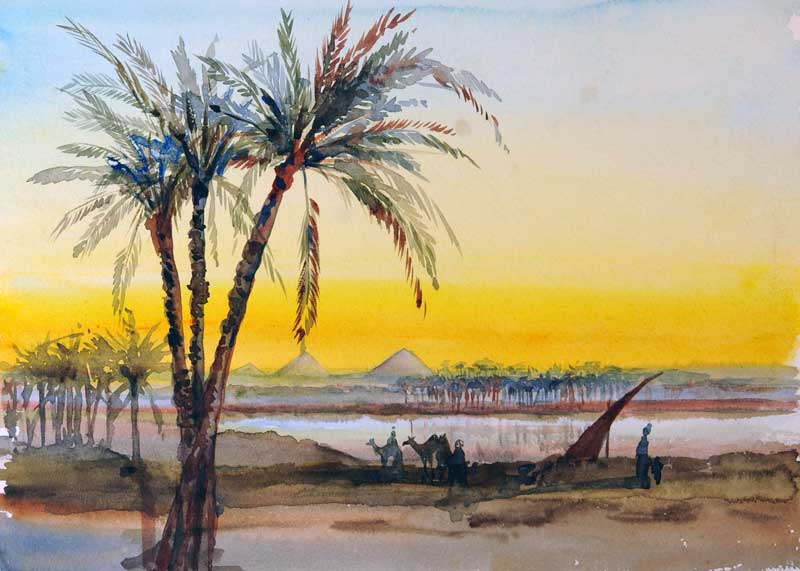 Eva travelled to Pasadena, bringing with her the memories and experiences of another life, a full life, an accomplished life. She arrived in the city financially secure and independent. She was highly educated, widely traveled, and she was living life with energy and enthusiasm. 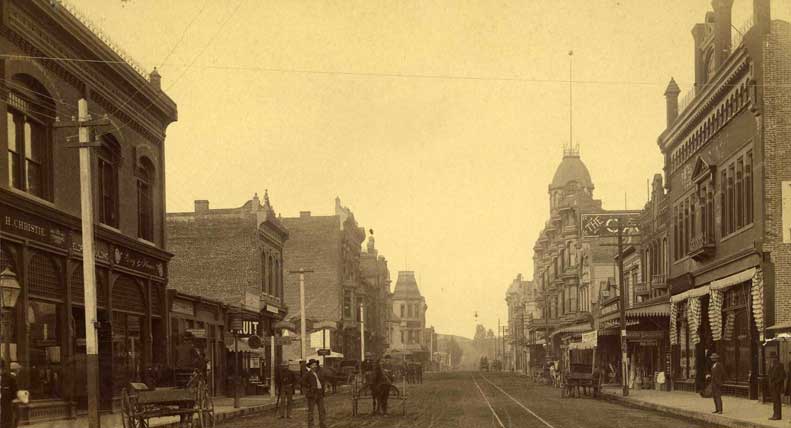 East Colorado Street looking west from Raymond Avenue, circa 1890. The building on the right, closest to the viewer, is the Wetherby & Kayser building that Eva owned and where Dr. Adalbert Fenyes had his medical offices for more than twenty-five years. Orange Grove Avenue is in the distance at the top of the hill. Photo by Jarvis Studios, Pasadena, California. (Main Photo Collection, S41-23)

Eva and her family were attracted to Pasadena’s healthful climate and encouraged by professional opportunities available to a physician. The city had developed a reputation as a popular health resort and winter destination for the world’s wealthy elite. Promotional campaigns abounded, and Eva and Adalbert may have read something quite similar to the following example that appeared about a year later in the Los Angeles Times. The allure is undeniable.

“Beautiful, healthful, prosperous—there you have the city of Pasadena in three words. But Pasadena is worthy of more than three words, for hers is a name to conjure by, a name that always calls to mind stately avenues, charming homes, captivating grounds and gardens, well-kept streets and walks, refreshing breezes from sea and mountain, a pure moral atmosphere, social refinement, educational achievement, the presence of wealth, art and culture with the many acquired advantages of an ideal residence city added to all the loveliness that nature has lavished upon the San Gabriel Valley. It is this combination that has spread the fame of Pasadena throughout the world as one of the fairest of American cities—as an abode of the blest.”[1]

It was the late afternoon of her forty-seventh birthday when Eva and her family arrived by train in Pasadena. Stepping from their railway car at a station conveniently located near their lodgings, they walked across a tree-shaded plaza and registered for a short stay at Hotel Green. 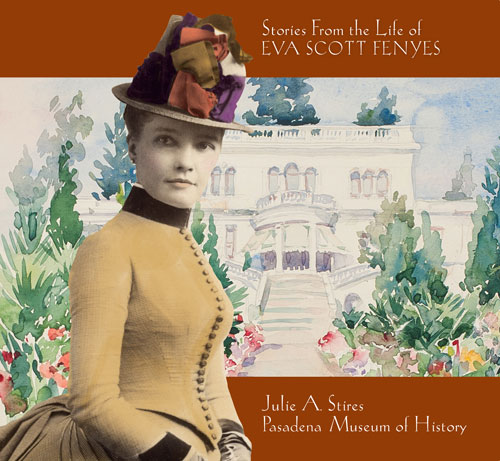 – Excerpts from Julie A. Stires’ As She Pleased: Stories from the Life of Eva Scott Fenyes (Raymond Press, 2019). Copies of As She Pleased are available in the PMH Museum Store and other fine retailers.

Eva Scott Fenyes and her family are featured in the current exhibition, Starting Anew: Transforming Pasadena, 1890-1930. The family’s legacy is also preserved through the permanent display of furnishings and artwork in the Fenyes Mansion, which has tours on Fridays, Saturdays, and Sundays.