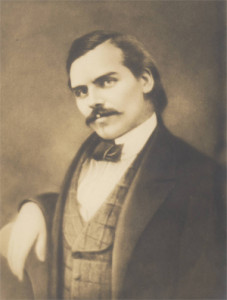 Join exhibition curator Michael Patris of the Mount Lowe Preservation Society Collection for an in-depth discussion of Thaddeus S.C. Lowe’s amazing career as a civilian aeronaut fighting for the Union Army.  In 1859, Lowe built the largest balloon ever made at that time and his trial flights led to Lowe creating and holding an air-speed record that would stand for decades.

Event ticket includes admission to the exhibition galleries before or after the lecture (doors open at 6:00 pm) and a complimentary reception.

Moreover it may also be used to solve some other claim as determined by your dispenser. Certainly it isn’t all. When you order medicaments like Sildenafil 100mg you have to know about Sildenafil 100mg. Perhaps you yet heard about it. The most common sexual problems in men are erectile dysfunction and ejaculation disorders. Young men suffer from erectile dysfunction need professional help.