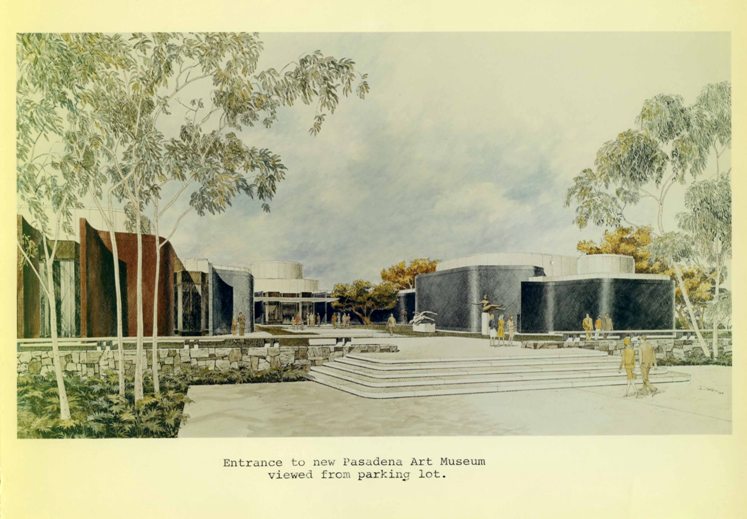 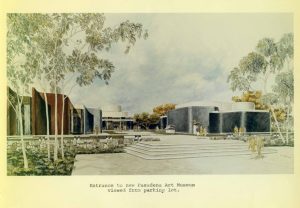 In partnership with Historical Societies of Southern California, PMH welcomes Dr. Andrea Thabet, who will speak as part of the George A.V. Dunning Lecture Series. Dr. Thabet will discuss the construction and dissolution of the Pasadena Art Museum between 1969 and 1975, when business tycoon and art collector Norton Simon rescued the failing museum and transformed it into a West Coast cultural powerhouse. Founded as the Pasadena Art Institute in 1922, by 1954 the Institute had acquired modern art collections of tremendous importance and underwent a reinvention of sorts. Renamed the Pasadena Art Museum (PAM), plans were put in place to construct a new building at the corner of Colorado Boulevard and Orange Grove Avenue. PAM’s re-opening in 1969 was deemed a victory for modern artists carving out their own cultural spaces, yet by 1974, PAM was drowning in construction debts. After exhausting all other possibilities, museum trustees allowed Simon to assume financial and operational management of the museum. Combining his own extensive collection of Old Masters and Impressionist art with PAM’s collections, Simon revamped the museum’s policies, renovated the gallery space, and changed the name to the Norton Simon Museum within two years. Many in the bohemian art world saw Simon’s rescue of PAM as a hostile takeover that signaled the end of Los Angeles’ vibrant modern art movement. Without a doubt, it dealt a serious blow to the modern art scene for both collectors and artists. However, Simon’s decision to house his internationally renowned art collection on the West Coast, would ultimately prove to be a cultural boon for the Los Angeles metropolis. The Norton Simon Museum is now widely considered one of Southern California’s cultural jewels, with one of the most “remarkable private art collections ever assembled.”

Dr. Andrea Thabet is a U.S. historian specializing in Los Angeles, urban, and public history, with a particular focus on urban renewal, urban policy, and cultural policy. Her work has appeared in both academic and popular journals, as well as several blogs on Los Angeles and urban history. She has been invited to speak about her research at a number of academic conferences and public events, and has consulted for several local historic preservation projects. Dr. Thabet holds a Ph.D and an M.A. in U.S. History from the University of California, Santa Barbara, and a B.A. in history with an Art History minor from Loyola Marymount University. She has undergraduate teaching experience at UC Santa Barbara, and has also worked as a Curatorial Assistant at two prominent Los Angeles-area museums. Currently, Dr. Thabet is an independent scholar working on several projects that focus on twentieth century Los Angeles, including a recently completed report for Future of Cities: Los Angeles. She also serves as Co-Coordinator for the L.A. History & Metro Studies Group, supported by the Huntington-USC Institute on California and the West.

Image: Rendering of an entrance to Pasadena Art Museum before it was Norton Simon Museum of Art. (Courtesy of the Archives at Pasadena Museum of History, Main Photo Collection, M17-1A)