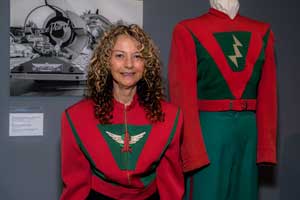 Relive the thrilling days of early live TV as journalist Jean-Noel Bassior, author of Space Patrol: Missions of Daring in the Name of Early Television, takes you behind the scenes of this ground-breaking series that paved the way for science fiction film and TV. Copies of the book will be available for purchase in the Museum Store. 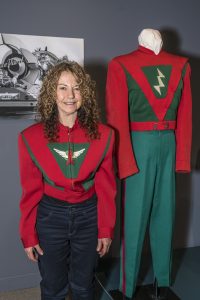 Before Star Trek, there was Space Patrol, a wildly popular 1950s TV show shot live at ABC, whose stars were graduates of the Pasadena Playhouse. Drawing on interviews with Space Patrol’s cast and crew, Jean-Noel shares hair-raising stories of special effects going awry, actors forgetting lines, used cars bursting into flames during live commercials, and other everyday disasters that had viewers tuning in for the bloopers as much as for the show. It was a time when just about anything could happen live on air – and did – before millions of viewers. It was also a time when compassionate heroes like the Lone Ranger and Space Patrol’s Commander Buzz Corry were revered; when role models you could trust showed up, “same time, same station,” in your living room, teaching life lessons you never forgot. If you grew up with early TV or want to explore its elusive magic, you’ll hear real-life stories from those thrilling days of yesteryear and get a chance to share your own memories in this interactive talk.

Tickets include lights refreshments and entrance to the exhibition Dreaming the Universe: The Intersection of Science, Fiction, & Southern California starting at 6:00 pm. Advance ticket purchase is required and available online at https://spacepatrol.brownpapertickets.com/ or by calling 1.800.838.3006, ext. 1.