Colonel Green in the Archives

Not Colonel Mustard in the Library with a Candlestick 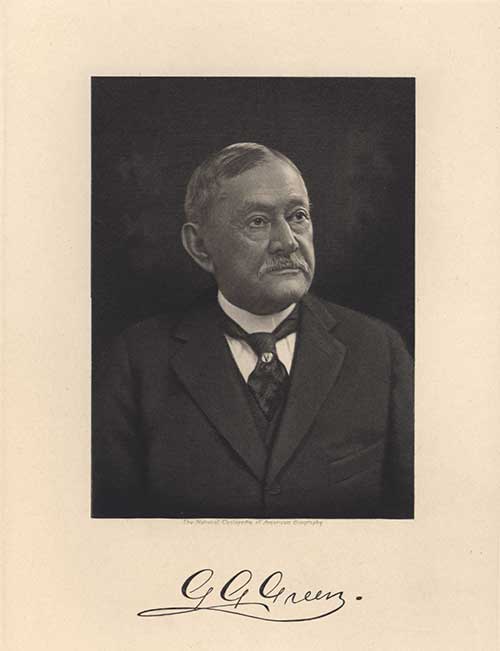 Colonel Green is just one of the many people I’ve “met” at Pasadena Museum of History.  Last year, I met the lovely staff and volunteers when I was a guest curator of a textile exhibit. Later, when I volunteered to help in the Archives, I began to meet individuals whose histories are “living” within the walls of the Archives.

One day as I entered the Archives, Anuja Navare, the museum’s archivist, beckoned me to come close. Smiling and pointing to an archival box, she said “this one’s for you.” I was intrigued by what I saw- photographs, newspaper clippings, postcards, a Bible, and many loose papers.

“What is all of this?” I asked. “It’s Colonel Green,” she said. “Colonel Green?” I questioned. Colonel Mustard and Professor Plum from a childhood game of Clue immediately came to mind. “No,” Anuja responded, “Colonel Green of the Green Hotel.” It made sense to me. I knew of the Pasadena landmarks the Green Hotel and Castle Green and of course Green Street.

Now I was even more curious about his title. Being an avid genealogical researcher known for requiring proof for long standing assumptions, I wanted to investigate why Colonel Green was Colonel Green and not Mr. Green.

With some background research, I found several newspaper articles indicating Green participated in the Civil War. His military and pension records proved he was in the 142nd Illinois Infantry but never attained any rank beyond Private. So the hunt continued to find why he had the title Colonel. Was it simply a title he had bestowed on himself?

When I returned to the archives to inventory and organize the contents of the archival box, I found the answer. There in the bottom of the box I found a photocopy of a certificate: one dated 16 May 1887 commissioning him to the rank of Colonel on the staff of Commander-in-Chief, State of New Jersey National Guard, signed by Robert S. Green, Governor of New Jersey. 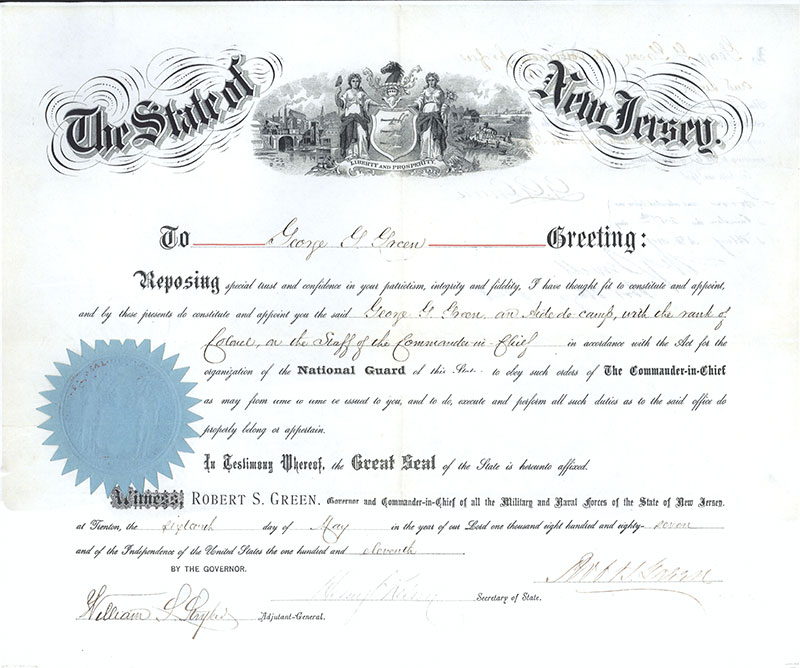 With that mystery solved, I could move on to learn more about my newest museum friend- Colonel George Gill Green, whose patent medicines called Green’s August Flower and Dr. Boschee’s German Syrup made him one of the wealthiest men in America. Because of his wealth and California’s winter climate he became one of the earliest investors in the economic development and history of Pasadena.

If you’d like to view more of the contents of the Colonel Green Special Collection, come visit the Research Library & Archives.