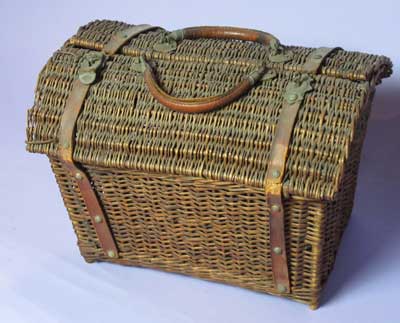 Among the many artifacts being inventoried this summer in the basement of Fenyes Mansion is a small basket that, considering its age, is in surprisingly good condition. Its tightly woven wicker is completely intact. Only the leather straps that secure the domed double lid are worn and broken and one buckle is missing. So…what is it that makes this old basket worth keeping? Eva Fenyes used it as a pet carrier for Chi lo sa, her scruffy little, bright eyed Chihuahua. We know this because Eva, who took every opportunity to draw and paint, dashed off a quick pencil sketch of the carrier and scribbled a comment that not only described its use, but also revealed her affection for the little dog. On the sketch she wrote, “Chi lo sa’s trunk, prison, hiding-place and conveyance / 10 Nov. 1894 / on train.” 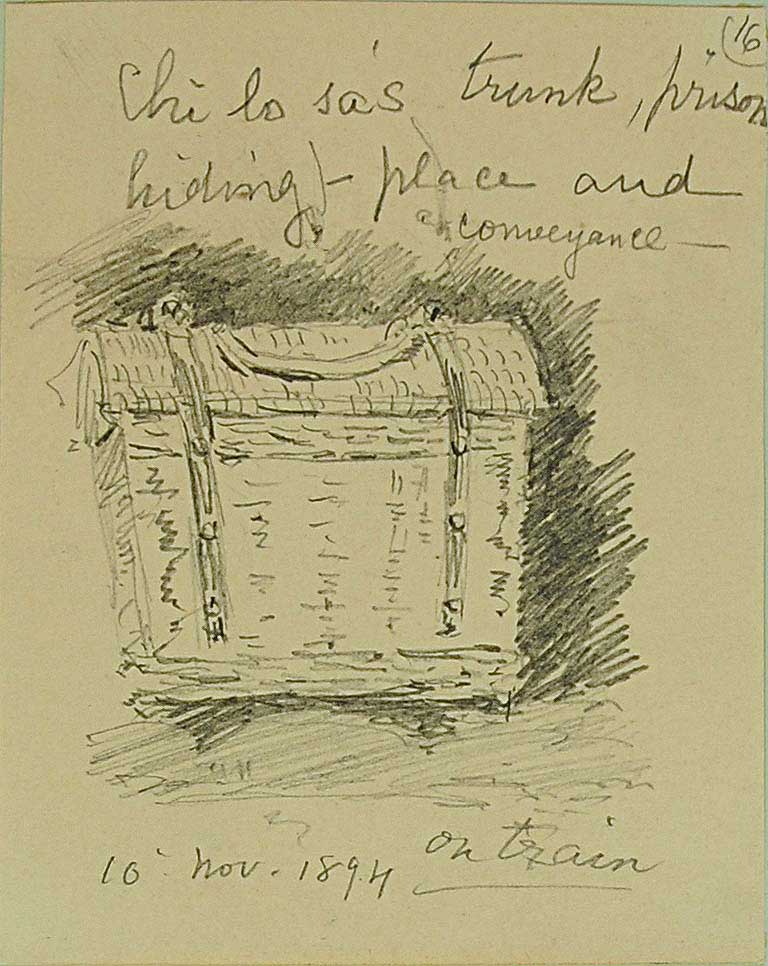 The train she was on that day was whisking her through Italy to the Port of Naples where, on November 19, she waved “Addio Napoli!” and “Good-bye Capri & Europe!” from the deck of the S.S. Hydaspes. She had just left her daughter Leonora at a boarding school in Switzerland and was now on her way to Egypt where she would make her “winter home.” At the time, Eva was, in a sense, wandering. During the early 1890s, she lived abroad in Europe and North Africa exploring life as a new divorcée. Freedom and possibility called, and who knew what her choices would bring. Maybe that’s why she named her little friend Chi lo sa, Italian for “who knows.”

Chi lo sa was Eva’s constant companion during those years of wandering, and he appears in many of her photographs from this period of her life. His company was so important, he even went with her to sit for artist Alphonse Birck. When you look closely at the soft, translucent watercolor Birck painted, you’ll notice Chi lo sa sitting in his mistress’s hands, not quite relaxed, looking intently at the artist. The fan Eva holds next to him conveys a sense of just how small the Chihuahua was. 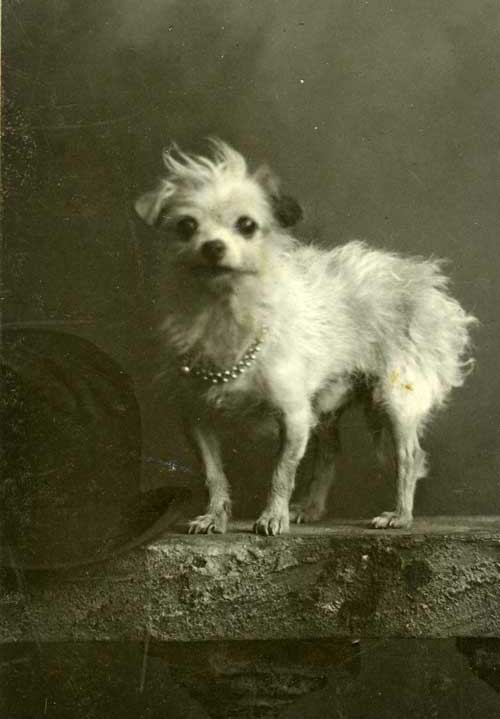 This portrait of Eva and her little dog was painted in Cairo, Egypt in 1895. Later, after Eva came to Pasadena and moved into her South Orange Grove mansion in 1898, she hung the large watercolor prominently next to the fireplace in the ballroom. Afterwards, and for many more years, it hung in her North Orange Grove mansion. More recently it was on display in the downstairs hallway of Fenyes Mansion, but in order to give the watercolor a rest from so many years of exposure to light, the museum staff decided to move it into storage. We may not be able to view the actual painting for a while, but we can enjoy its digital image as shown here.

Looking at this picture we might imagine Eva, not in a gown but in comfortable travel clothes, sitting on the train to Naples sketching the passing scenery. Chi lo sa is with her, close by and imprisoned in the little wicker basket. Tiny and tense, he was probably a feisty little dog and no doubt had conflicting feelings about his sometime prison, sometime hiding-place. Now imagine him wiggling and fighting against the confines of his basket, demanding Eva’s attention. Of course she lifts him out and soothes him, and he settles down on her lap to watch while she hastily draws a picture of her little companion’s very own personal travel trunk. 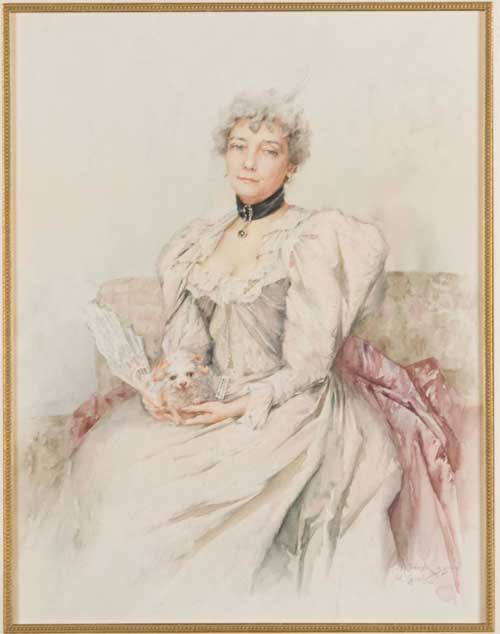